The second iteration of the best selling Index chopping boards 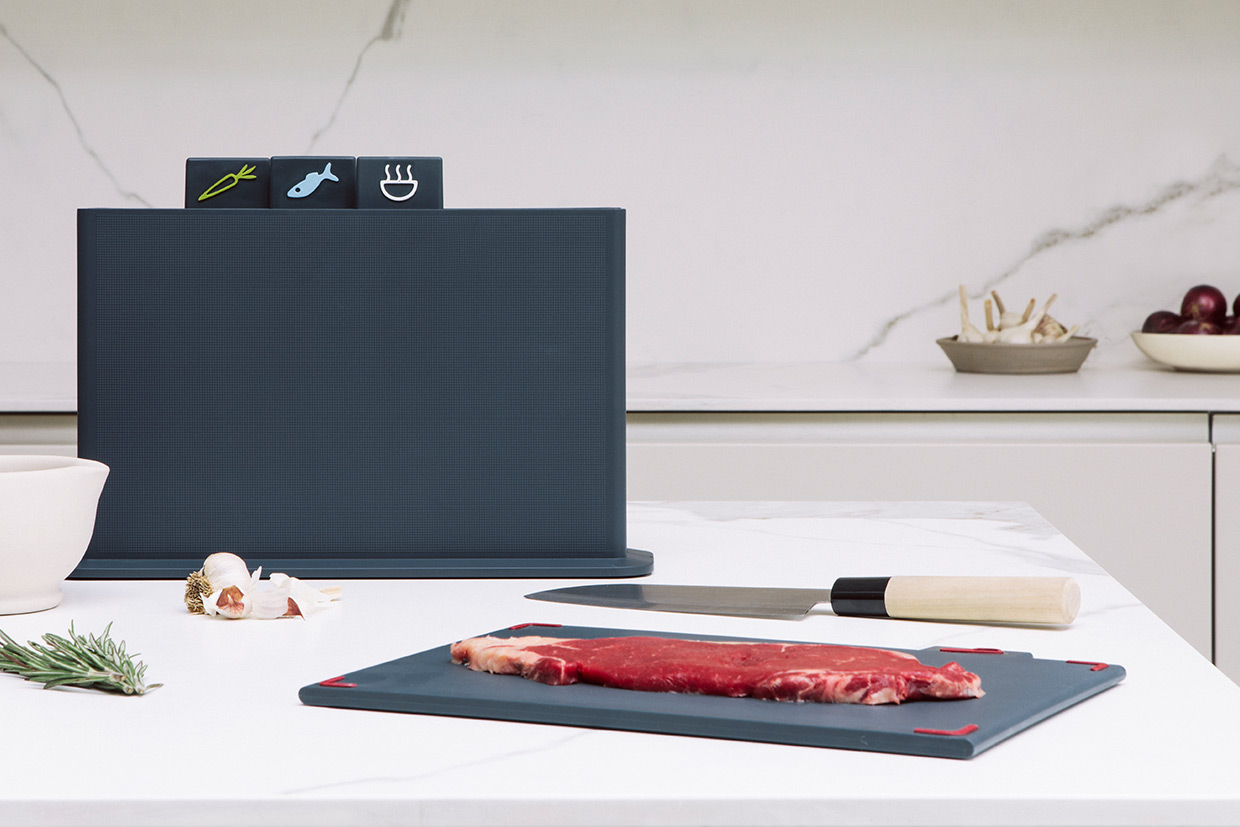 Index MK2 or Index Advance as it was known, was a major departure from the first iteration of the successful chopping board range. It was decided to use overmoulded TPR rubber to produce the icons and non-slip foot on each board. The great contrast between colours, especially on the graphite version shown here, allowed the icons to really stand out on the boards, producing a strong graphic effect.

Index was one of the first ideas proposed to Joseph Joseph after we started working with them. Based around the colour coding system used in professional kitchens in Europe, we wanted to package the concept of food safety in a friendly and accessible way.